“Become Your Own Business Advisor helped me upgrade my thinking and being. I went from thinking I had to be a leader to KNOWING my mission is to be a steward. It changed everything.”

Have you ever found yourself wrapped up in a blanket on your couch running through all of the reasons why things are not working?

Wondering why the things that you want the most aren’t happening, thinking that if only you had the power or the network or the connections then maybe it could?

And then in the next moment you say to yourself, “Well, then get up off the couch. You can either keep complaining or you can do what needs to be done.”

Most people have had the first conversation. In fact, they’ve had that conversation with themselves so many times that it’s like an old friend. Always there when they’re feeling down and hopeless and sure that they’ve just somehow ended up on the receiving end of a very small stick.

It’s the brave among us who have the second conversation and then actually do something about it. And that’s exactly what Christine McDougall did.

After cozying up to her friends, Complaining and Frustration, Christine decided to trade them in for action and mission.

From the first impulse to having a clear path of action took several years of inquiry and exploration. But once the course had been set, it only took five months before she and her co-founder Lou McGregor held the first ever Big Blue Sky Event. 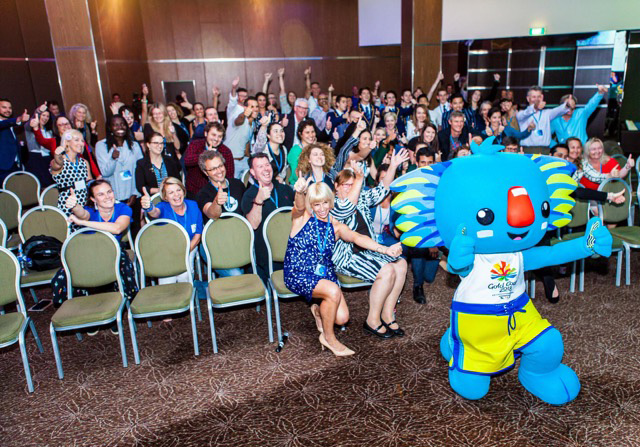 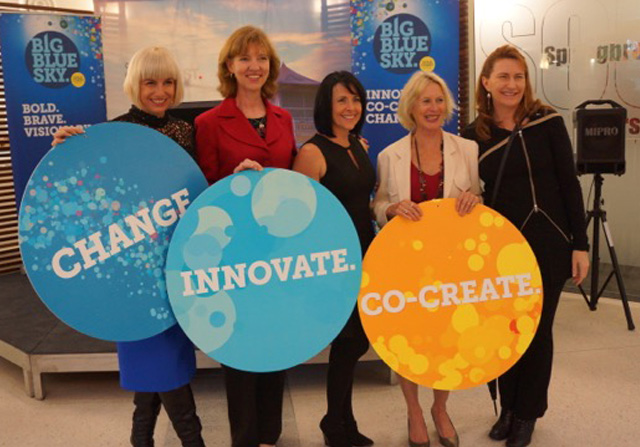 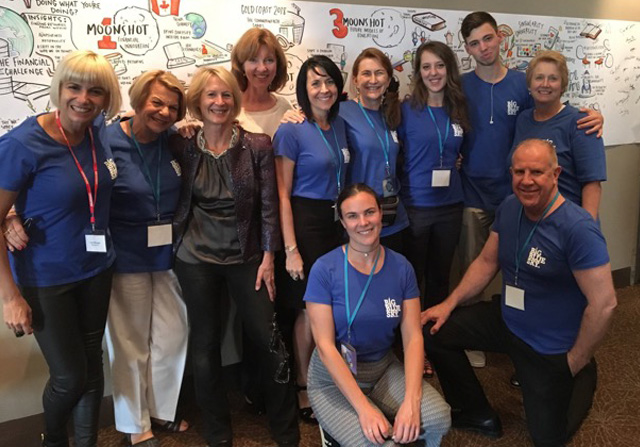 Their mission: Bring together innovative entrepreneurs, Gold Coast citizens, leaders and future leaders to an event that would forward the future of their city.

Why this project? Christine recognised there was an increasing divide between the desires of citizens and community, and local and state governments all over the globe. “This is not because people in government don’t care”, she said, “but because the design of government is not conducive to meet the need for fast paced, innovative, entrepreneurial projects and actions that cities and communities need in a rapidly changing world.”

Her team’s solution was to create a prototype — a citizen driven initiative at the intersection of government, business and community that partners with local, state and national government.

With 150 people attending the first event on November 5, 2015 and 170 in attendance at the second annual event in October of 2016, it’s clear she was right on the mark with her mission.

Imagine going from idea to large-scale incubator in less than five months!

This is rapid acceleration. And with so much admiration and respect in my heart for what Christine did, I was curious about how she made it happen and how Become Your Own Business Adviser helped her achieve such a meaningful accomplishment.

Christine had taken Become Your Own Business Adviser before. She credits the programme to enabling her own development to accelerate to the point where she became the person to steward an ambitious project to life.

When she took BYOBA the second time, she walked into it with an open mind, a full heart, and a deep knowing that what she needed to learn was going to show up. And that’s exactly what happened. She needed to become a steward who could hold a space big enough for others to bring their sovereign selves to a collective engagement that asked more of them than they thought possible.

Dr Christine McDougall has had a very long and successful career. She’s worked with leaders, entrepreneurs and their teams from around the world, including in companies such as Nokia, Johnson and Johnson, ANZ and NAB. She came to BYOBA with all of that history and those skills in her back pocket. However, she also knew that she was missing something essential, something that had held her back from creating what she had truly desired and dreamed of throughout her career.

Through developing a deep relationship with the Deva of her business, Christine came to understand that she was not her business, and her business was not her. In order for Big Blue Sky to come to life, she had to recognize it as its own being, with a life separate from her own. She had to support it in developing its own identity. Through that process she learned that her whole life she had been focused on being a leader, when what really worked for her, and allowed her to bring her best to every situation, was for her to be a steward.

Through this new lens she was able to see Big Blue Sky as something akin to a dance partner.

It was as whole and skilled and valuable as those who partnered with it, but it needed partners to bring its dance to life.

With that new mindset of being a steward rather than a leader in a hierarchy, she created a Trust Manifesto. This document serves as the guiding light for Big Blue Sky. Because this is an event that relies on the passion and commitment of its volunteers, Christine and her partner needed to ensure that the right people were gathering on the ship. They knew they needed people who believed in the principles, values and codes of conduct set out in the Trust Manifesto. They knew that when each person involved in the project showed up as fully sovereign beings, in service to their common mission, that they could pull off something extraordinary. They did and they’re still going strong.

Christine takes inspiration from Buckminster Fuller who said, “Make the world work for 100% of humanity, in the shortest possible time, through spontaneous cooperation, without ecological offense or the disadvantage of anyone.”

That’s what Big Blue Sky is all about.

One of the other truly valuable lessons Christine said she learned during BYOBA and through this process is that there’s no absolute start and finish time. The only time that matters is right now. You can create something out of nothing. You can be inspired AND take action. When you discover a way of being in the world that is truly you — rather than a cultural prescription of the way things should be or what you should want — you have the ability to make a powerful impact in ways you never would have predicted.

Christine said, “One of the best things about Become Your Own Business Adviser is that it’s an on-going gift. You’ll finish the program and think you’re done, but you’re just getting started.”

You can learn more about Christine and the Big Blue Sky event here.