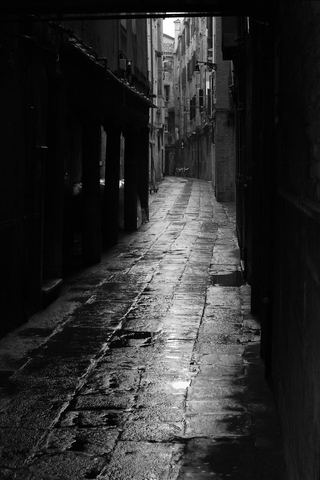 I woke up this morning from a convoluted, vividly scary dream where I was wandering, shoeless, on a dark city street in a seedy part of town.
It was the witching hour — fading day cast grotesque shadows on dimly lit sidewalks.
A nameless, faceless city, made more anonymous by the quality of light — murky, film noirish, gaslit-at-dusk menacing.

It could have been Bombay in the 60’s, or parts of Vancouver now.

I knew no-one there whom I could call for help.
My wallet lay on my dresser at home — no money for a taxi or hotel.
And I had forgotten the address of the place where I was supposed to go.

Then, this song — which I used to sing with my kids, and which (I think) is a South African folk song that became an anthem in the anti-apartheid movement — played over and over in my head: