When Bad Things Happen to Good People: On Karma 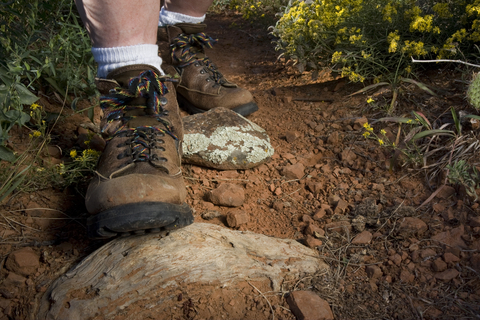 Growing up in India, poverty, hunger, disease, death and suffering were all around me. You can smell it, see it, taste it there. It’s in your face, in ways that it isn’t, here, most of the time.

It’s also a culture in which the concept of karma leads to fatalism at one end of the spectrum, and acceptance and surrender at the other.

Karma is a concept — a description of reality rather than reality itself. In one sense, there’s no such thing as karma. There are patterns of unfolding, which have their own internal logic and order, and karma is a description of one aspect of that logic, of that order.

In other words, karma is not personal — it doesn’t pertain just to a particular, individual life. Each of us is an ecology rather than a singular self. And we live within nested ecologies of beingness that are interdependent. We are shaped by them, and we contribute to them through our actions, choices, intentions, thoughts, beliefs, attitudes and behaviors.

In this sense, we participate in many different kinds of karma. Individual karma is not separate from the karma of a society, a culture, gender or humanity itself.

Karma, in this sense, is a path that’s been created by thousands of people and animals walking across the same trackless wilderness along the same trajectory for a very long time.

Cultural thought-forms, beliefs, and archetypes all make grooves in human consciousness. And we participate in those grooves, because we are part of the collective consciousness. It takes conscious effort to approach things as they are, rather than through the scrim of our individual and collective history.

So the karma that led to the tragic events of 9/11, for example, emerged from a complex weave of tangled patterns. Beliefs about tribal loyalty and tribal justice. Beliefs that the good of one group can be brought about by the destruction of another. Beliefs that there is one right answer, one right God, one right anything at all — and that everything outside of that paradigm is The Other.

All of these thought-forms create karmic patterns. And we contribute to these through our individual consciousness, as well as through the ways in which we live our lives, the choices we make, the people we elect to govern us, and a million other variables that make up the ecology of the world in which we live.

Wholeness has a way of asserting itself, regardless of the results that emerge from fragmentation.

No, those men and women who died on 9/11 did not bring those terrible events upon themselves because of their karma. That’s a child’s version of tit for tat. The men, women and children who died in Hiroshima in 1945, or the millions who have been killed in wars, or those who die of poverty, hunger, disease and malnutrition every day don’t bring these things upon themselves either.

The larger question, I believe, is this: How are we to live today, knowing that we shape the world even as it shapes us? Knowing, too, that we are fractals of the Sacred, that we are wholeness too — that we participate in, and are co-creators with the Great Mystery.

What can you and I do now, today, to heal the karmic patterns that shape us, and to bring to life new ones that contribute to wholeness? How can we as a community make pathways of love and equality, compassion and understanding, mercy, safety, shelter and kindness for everyone?

These are pathways we make by walking. One choice, one action, one step at a time. What’s the one step you will take today?