by Hiro Boga | Community, Soul Alchemy, Stories From My Journey 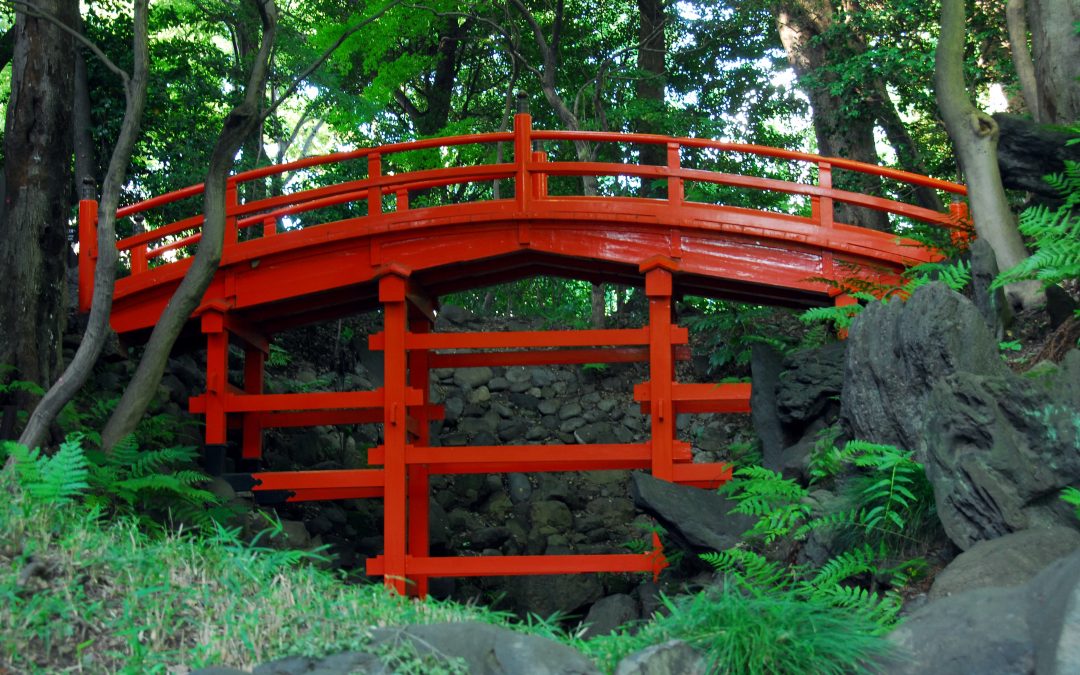 A few years ago, I signed up for a memoir writing class, intending to finish a draft of the manuscript that had been languishing on my hard-drive for several years. The first class consisted of a series of writing prompts: Write about your favorite teddy bear; your grandmother’s baking; a piece of furniture you inherited from your family; your first pet.

In India, where I was born and raised, I’d never seen a teddy bear except in the Winnie the Pooh books. My sister and I didn’t play with toys. No dolls or cuddly toy animals crossed our threshold. No one we knew kept pets, either. Dogs were considered unclean; no self-respecting Indian family would allow them into their home. My aunt tried to explain why to a visiting American friend: “Have you seen what dogs do? They drink from the toilet! They eat their own faeces! Then, they lick themselves. Then, they lick you!” She shuddered and laughed.

My grandmother didn’t bake. No one I knew baked, other than the baker whose bread came steaming out of giant industrial ovens in his shop just down the street from our house. The first home oven I ever saw was in London, when I was eighteen. My grandmother didn’t cook, either, so all my classmates’ lyrical descriptions of kitchens fragrant with the scent of freshly baked apple pie evoked no nostalgia, only a craving for pie, or maybe chocolate cake.

The kitchen of my childhood was a dark room jammed with pots and pans, propane cylinders and gas cook-stoves, water pitchers made of clay or hammered copper, the detritus of a busy kitchen. It was the singular domain of our cook, whom my sister and I adored. Sundar’s cheeks were as soft as the pages of an old, oft-read book; her clothes redolent of the bitter scent of ground spices. The only time my sister and I ever visited her kitchen was when Sundar made us chappattis, thickly smeared with butter and sprinkled with sugar, for an after-school snack.

As for inherited furniture. . .

When you emigrate to a country halfway across the world, you take only what you can carry with you: A suitcase stuffed with clothes and toiletries. A cookbook — because I’d never made so much as a cup of tea, and would have to learn to cook, or I could starve. A cluster of books I couldn’t bear to part with. Some bits of jewelry.

Yes, we were privileged. Privileged to have a kitchen, a cook, and plenty to eat, in a country where millions of children never reach the age of majority because they die of malnutrition. Privileged in so many other ways as well. We were not wealthy, but we had enough. Both my parents were highly educated, and education was valued in our family. My father was a social entrepreneur long before there was a name for the way he envisioned and structured his business. My mother was a mathematics professor, among other things. We attended excellent schools. We had an extensive library in our home, and the leisure in which to read.

Our relative privilege didn’t insulate us from the pain and trauma that are part of the human condition, but they did afford us opportunities that weren’t available to the majority of my fellow citizens. My father made sure we never forgot this. My own heart, and the heart of the world around me, made it impossible to forget this.

By the end of the first session, it was clear that this memoir-writing class – taught by someone who is active in the fields of diversity and inclusiveness, but whose worldview did not include my life-experiences — was not going to help me write my memoir. It did, however, bring into sharp relief something that had shadowed my consciousness for the almost-fifty years that I’ve lived in the Pacific Northwest.

“Sometimes lately she felt as if she had emigrated all over again. Once more she had left her past self behind, moved to an alien land, and lost any hope of returning.” –Anne Tyler, Digging to America.

That paragraph got my attention.

Tyler’s protagonist is an Iranian woman who’s lived in Baltimore for over forty years. Long widowed, she is self-contained, content with the life she’s created for herself, determined never to remarry.

Then, she falls in love with a man who adores her and asks her to marry him. Instead, she breaks up with him. His worldview, his culture, language, customs, are so different from hers, she cannot imagine how they might make a life together.

She mourns the loss of this late, unexpected love; but loss is an old acquaintance, almost a friend. She knows how to be in relationship with loss, which is easier to embrace than love, easier than navigating the immense sea of difference that stretches between her and the man she loves.

This week, a beloved friend stumbled, in a very public way, and was met with a cascade of vituperative rage masquerading as education, mixed with long-simmering, righteous anger, finger-pointing, blame, and a public shaming that left me, and many others, breathless.

While these weren’t the words used, I kept hearing echoes of the “Lock her up!” chant that white supremacists made their own in the last U.S. election, when they channeled their pain and rage and directed it at the woman who became the scapegoat for all the systemic inequities that have shadowed their lives and truncated their potential.

Underneath the angry voices, the shaming and blaming voices, was a depth of pain revealed and (often) violently expressed. In making my friend Other, in denying her humanity and vulnerability, we make ourselves Other too. Miasmas of pain received and inflicted.

Anger can be cleansing, transformative, and healing, when it is felt, and given room to be. When we take ownership of our anger, it can be a catalyst for dismantling and/or transforming sclerotic systems and developing the kind of society in which we want to live. One informed by justice and mercy, truth and reconciliation, equity and opportunity for all.

Anger can also be used as a weapon to dehumanize and make Other. And, in forcibly delineating Otherness, in pushing someone out of the human fold, this kind of anger attempts to transform a broken system using the same energies that created it. Any such attempt bears within it the seeds of its own destruction.

Our true nature is love. Anger can be an expression of love. Or, it can be an attempt to claw our pain out of our bodies and fling it at the nearest convenient receptacle, so we don’t have to feel the depths of our despair at the state of our world, and our place in it.

As part of the train-wreck that thundered through my friend’s life this week, there were angry posts deriding subtle-energy activism as worthless, as evidence of spiritual bypassing, as lazy, as a paltry substitute for in-the-trenches, on-the-ground activism.

Reading them, it was clear to me that the folks who wrote these posts are genuine in their belief that they are speaking truth to power. It’s also clear to me that they have no direct experience of the power of working with subtle energies, especially those that arise out of partnerships with these realms that have been cultivated over long years of consistent practice.

In my culture, there is a 5000-year tradition of working with the subtle energy realms to maintain the harmony, peace and stability of the earth and all her inhabitants. I honour that legacy, and have contributed to it in my own way for more than sixty years. Doing so hasn’t stopped me from acting to effect change through direct action — far from it — but soul alchemy and subtle energy work are at the root of everything I do in the world. And, as I age, they are increasingly my primary mode of activism.

To claim that there is only one acceptable form of activism is to pose a false dichotomy between subtle energy activism and other forms of action directed towards effecting social change. One does not preclude the other.

A Mongolian shaman once described to me the process by which his nomadic tribespeople train shamans. He said: “The child’s training begins when he or she is very young – three or four years old. The first thing they learn is how to shoot at a target with a bow and arrow.

“Our entire tribe gathers to witness the child’s first attempt. Because the children are so small, their arms are weak, and the arrow always falls short of the mark. The whole tribe immediately forgets that the arrow did not reach its target. The whole tribe sees the arrow flying directly to its mark. This is how our community raises our shamans.”

Many of my ancestors were slaughtered during the Arab invasion of Persia back in 650 AD. An intrepid few escaped, to find home and sanctuary on the Western shores of India, where my people have lived for the past 1200 years. If extinction is a measure of marginalization, then my community is as marginal as they come. There are only 124,000 or so of us left, on this planet, and the numbers diminish each year. I share this, not to elicit sympathy, but to stand in my place of belonging, and to offer you a context for my experience and that of my lineage.

I am not black, or African American, or a person of Indigenous descent whose land and culture have been stolen. I am not Syrian, Rwandan, or a refugee from any of the great diasporas that are forcibly evicting people from the homes of their ancestors and setting them adrift in alien lands with nothing more than the clothes on their back. I don’t pretend to know the depth of the pain so many of my brothers and sisters around the world experience every day.

There isn’t a hierarchy of pain. Befriending and tending to the pain my friend is currently experiencing doesn’t diminish my empathy for the pain of the people who are so angry with her. Empathy is a renewable resource. The more sincerely we attempt to understand the experiences of others, the more empathy we have to offer.

To be an effective agent of transformation, first seek to understand what is. You cannot transmute existing inequities and the systems that perpetuate them without understanding how they function, and how they shape the experiences of the people whose lives are impacted by them every day.

On a personal level, you can choose to see each person you encounter as part of you, and you of them. This does not mean that you merge with them, pretend to be the same as them, or imagine that you know what their experience might be. It also doesn’t mean that you abandon discernment, or remain blind to the fact that their arrows sometimes fall short of the mark, as do yours, and mine — we are human, uniquely ourselves, myopic in ways we cannot see, and inevitably fallible.

And yet, it’s incumbent on us to make the attempt. When you see each person you encounter as whole, you support their inherent wholeness as well as your own. When you express your pain, your anger, your desire for change, do it with love, however imperfectly. Love for yourself, love for the other, love for our human frailty, love for the Grace that holds us all.

We are given the immeasurable gift of life. The gift we make in return is our humanity, our art, our willingness to be devoted agents of kindness, compassion, generosity and love. We can do better by each other. We can honour and celebrate each other’s differences, make room for each other’s humanity, and disagree without eviscerating each other. We can be the bridge across the chasms that would divide us.